The one-month program in the backcountry that I was forced to join was intimidating to me. It was a conservation summer camp at the Rocky Mountain National Park. Also, by back country, I mean there is no toilet, no internet, nor wild animal protection. I could definitely say that this was an outdoor survival camp, the food was proportioned for ten people so that we wouldn’t starve to death by the time the next supply arrives. The weather there was also not considered mild, it poured rain every afternoon and our things needed a couple days to get dry. Up till now, if you think I am writing a negative essay to express my anger, you are wrong! This program is actually an upbeat camp that builds character.

The first few days we stayed at a low altitude camp site at about 8,000 feet, where there was drinkable water, a hot shower, and a convenient store nearby. We learned to handle basic tools for future trail-maintenance purposes, like axes, saws, hoes, and a rock hammer. It was really exciting to learn new knowledge, how to make a trail drain, a path to get rid of extra water on the trail. We also learned about social trails, a path where hikers walk on to get around obstacles on the main trail, but then they would destroy more natural vegetation. Therefore removing the obstacle is a main part of our job. 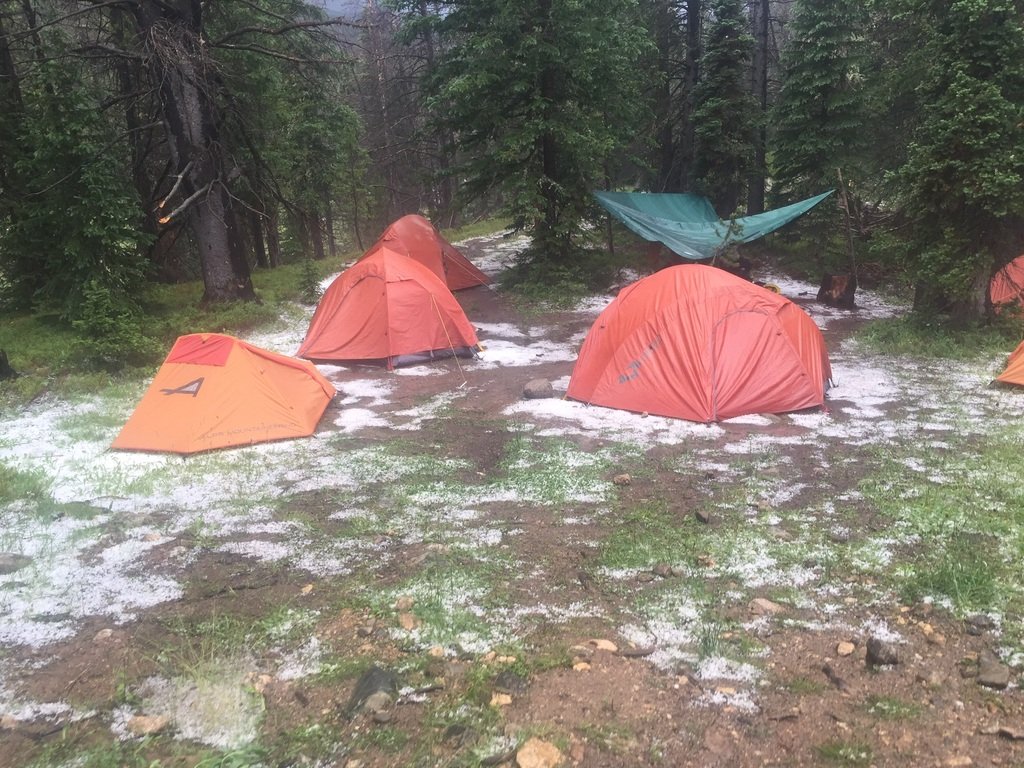 After a 4-hour drive, we arrived at our upper camp site at 10,000 feet, it was a meadow on a mountainside by a trail named La Poudre Pass. There was a 10 feet creek just down the mountain and a bridge for us to get across. Our camp site was surrounded by pine trees, aspens, and ferns. There was only a small opening where we could see the blue sky above. The view down by the creek was absolutely gorgeous: the mountain range across the creek had different colors, yellow and green under the sunlight seemed lively under the white clouds. The leader told us that the park has a pine beetle epidemic because the park was too well preserved so all the old trees survived the natural fire burndown. The beetles loved to eat the old trees and they reproduced rapidly and have started to kill more trees. To maintain the balance in the wild, the National Park Service rangers did not interfere with the pine beetles. The wilderness should be loved, but not have total protection. 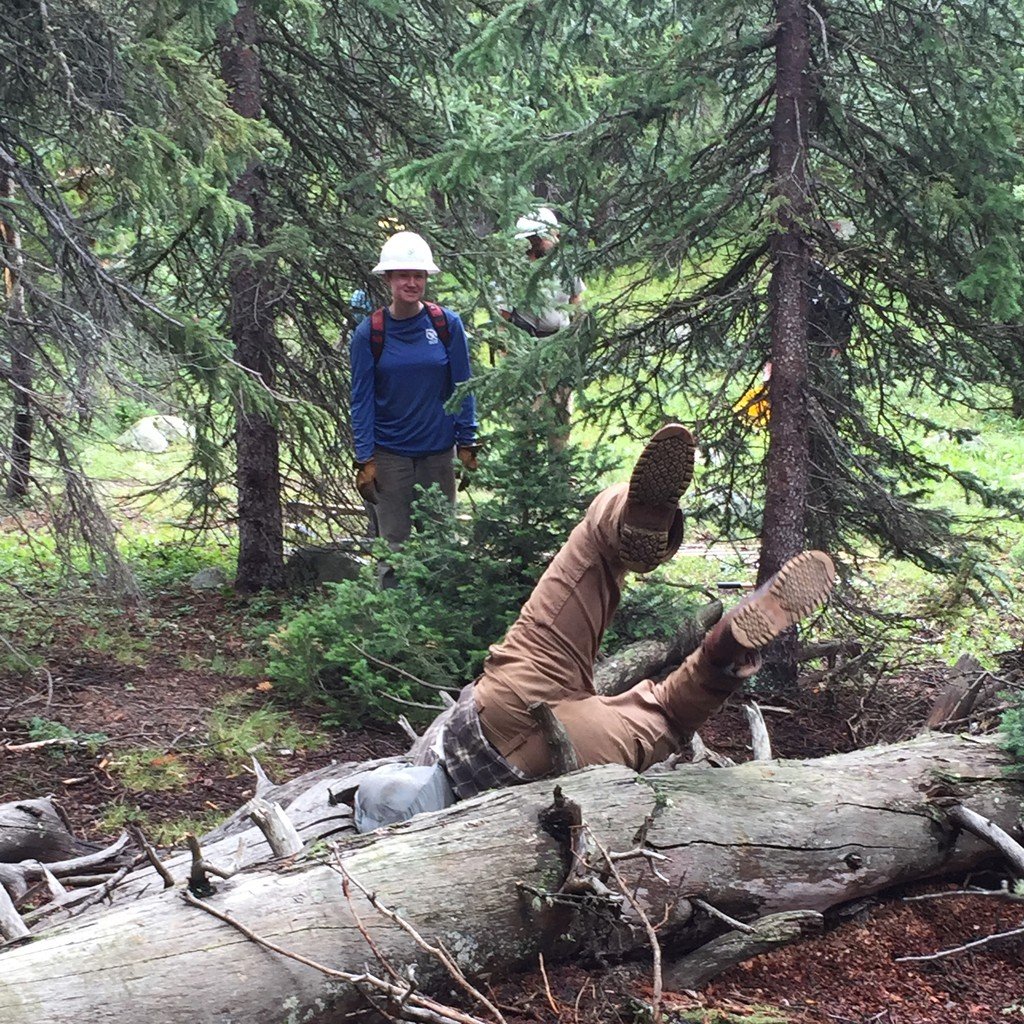 “Leave No Trace” was the main thing we learned out in the wild. We could not leave trash in the backcountry and when we left a place, we needed to make sure that it was in the same condition as before our arrival. To ensure the safety of the wilderness we kept an eye on each other and had a big trash can by our kitchen. All the wrappers, left over food, and trash we found went in there, so it smelled really bad after the four weeks. To reduce the attraction of bears, we had all our things with odor kept in a box. All the food ingredients and toiletries were put in a metal case and kept locked up.

Rain was a common and consistent thing in the park. The rain clouds, dark and thick, built up every afternoon, and unleashed all the droplets at around five o’clock. That meant we had to cook and eat in the rain. Sometimes it had hail in the mixture, and sometimes it lasted for about three hour. All the camp members were tired of the rain when the camp came to an end. The reason is really simple, all of our things got wet if it was not kept in the tent, and as I’ve said, it takes time for those things to get dry. The worst case scenario would be that water get into your tent and your sleeping bag get wet. The consequence is that you might get hypothermia when you sleep in a wet sleeping bag under cold weather conditions. 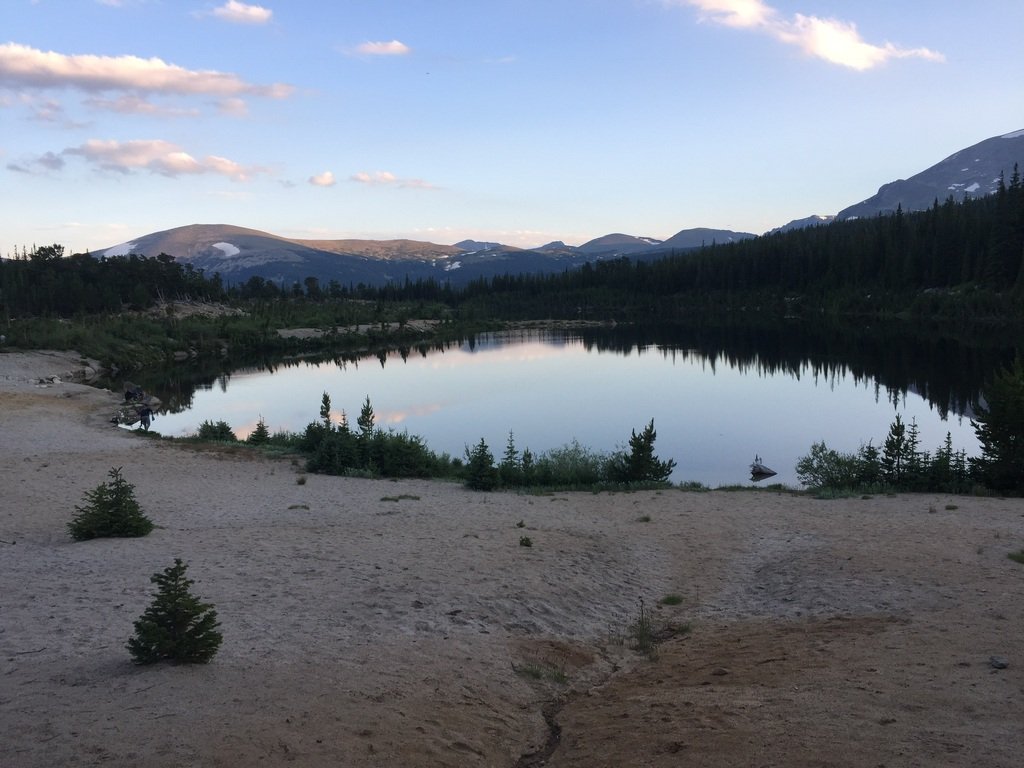 I had fun hanging out and working with my crew partners, we went to other trails to clear drains and chop down trees in the way. We usually had pairs of two, one with a hoe and one with a shovel. We hiked on the trails while chatting and grass with morning dew slide on our rain pants and boots. The first few week I would get tired after hiking just a little uphill, but then as time went on, I had more time to appreciate the scenery and to work harder. The people were from all over the US and there were some really interesting collaborations. They all have interesting school stories and backgrounds. My best friend there was a guy from Sugarland, Texas, an incoming senior who would debate with me over religious topics, it was so much brain work to argue with him. 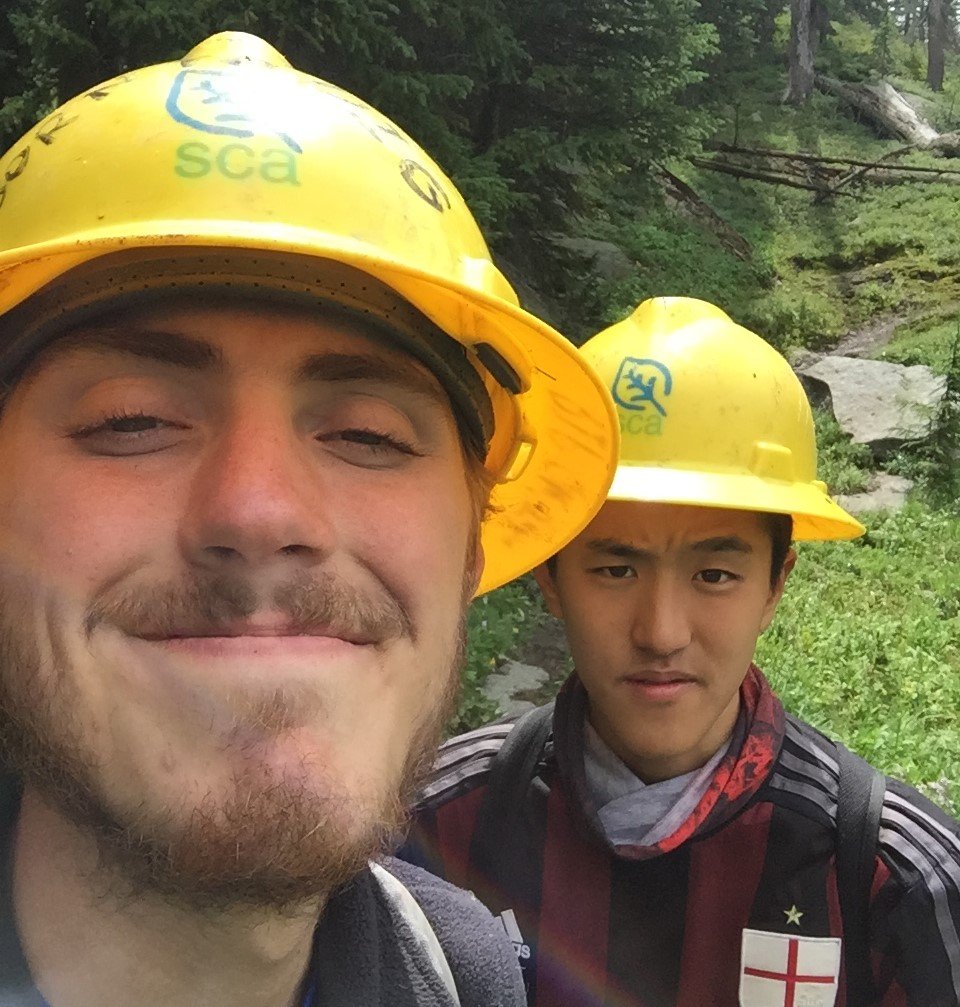 Besides just trail maintenance, we also did some projects. I mainly focused on a rock-drain. A small stream had turned a part of the trail into a mud-pit, and we had to put some big rocks by the stream to prevent further erosion. We spent two days just putting the first rock in because our inspector wanted good contact between the rocks, but our rock just kept sinking into the mud. At the end we had to find two bags of crush — small rocks to fill in the gap — to fill the crevice. After that our progress improved and went a lot faster and smoother. We put in three rocks the next day and then finished the whole project four days later. A total project of seven rocks was finally accomplished. I had doubt and impatience along the project, and sometimes I was too tired to work, but I kept telling myself the goal of the program and my parents’ expectations. I kept pushing myself, and finally the work was finished in under five work days. 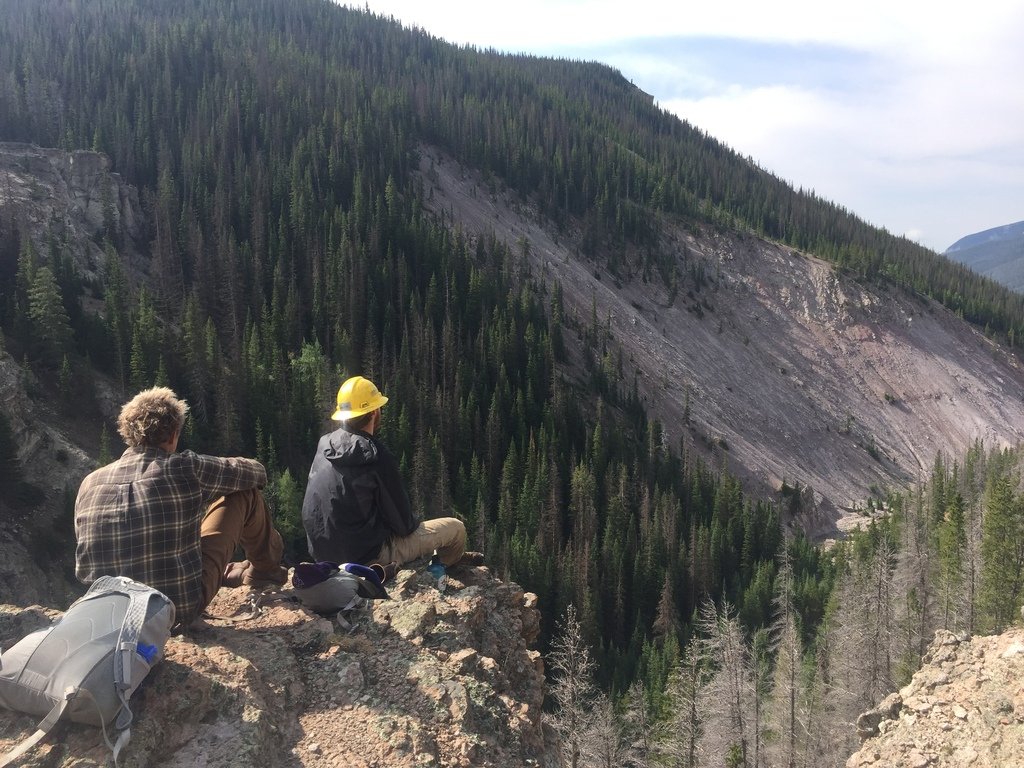 This program has changed my aspect of the world. When comparing my condition up in the mountains and my daily life in America, what a dramatic difference! I had such bad habits and they were corrected one by one as time passed. I started to conserve water more, had my daily routine cultivated, developed a reading habit throughout the four weeks, and stopped complaining. Also, I developed great friendships. This was a great experience of a lifetime.

This site uses Akismet to reduce spam. Learn how your comment data is processed.