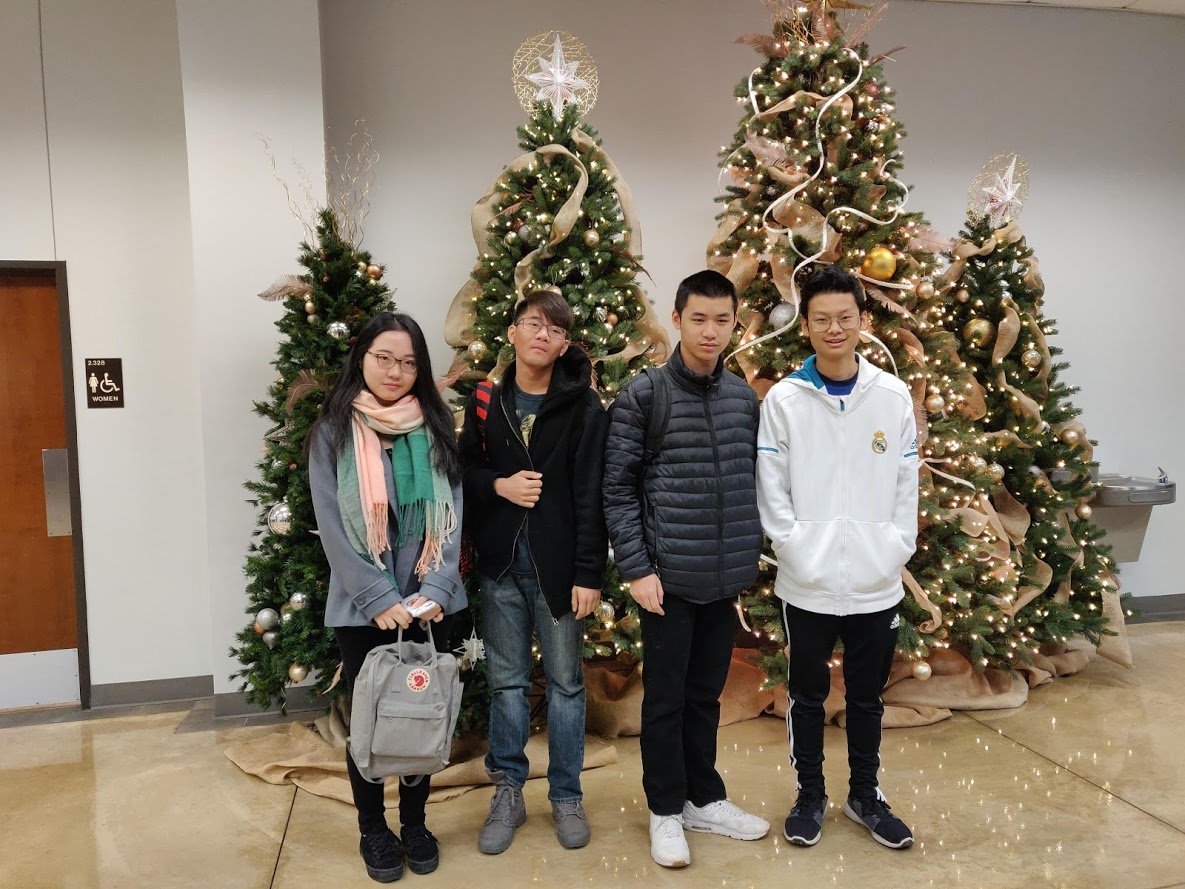 At Premier Education, we focus a lot on the number one. We do this because each and every one of our students helps us accomplish our vision of seeing China transformed ONE family at a time.

I recently had the honor of sitting down to chat with four of our previous Premier high school students. Each of them are now attending college in various parts of the United States. I wanted to see how their experience as a Premier high school student helped transform their current college experience. Each one of them chose one word that they developed in high school, and are continuing to develop now that they’re in college.

Abby shared that when she lived in China her parents put a lot of pressure on her to practice and play a Chinese folk instrument called a “guzheng” (Chinese piano). When she moved to the United States she wanted nothing to do with the instrument because it reminded her of the pressure she felt back home. However, after feeling lonely and having free time to spare, Ed encouraged her to begin practicing again, and that practice slowly turned into a renewed passion.

She learned that by embracing her passion to make music it helped her develop connections with others. She also realized that by embracing her passion it helped others and also gave her a sense of fulfillment. Now that she is in college, she wants to continue to develop new passions and interests because she understands that pursuing passions and new interests helps her develop as a deeply connected person.

David realized very quickly when he came to study with Premier Education that he needed to develop his sense of responsibility. He realized that he needed to consider the needs of others through his experiences of living with a host family and various school activities that required working with teammates.

While in college he’s continuing to develop his understanding of how his responsibilities have an effect on others. He’s beginning to see the value of his “yes” when making commitments, and learning that follow through is vital after saying, “yes” to something.

Alan learned the value to connecting with others while he was in high school in the United States. He realized that staying in his “comfort zone” of being alone was very lonely. While living with his host family he began to realize the value of opening up his heart and sharing his true feelings, emotions and experiences with others.

Now that Alan is in college, he’s using his skills of connecting with people to make new friendships and connect with his roommates. He’s determined to exercise everyday to remain healthy and hopefully connect with a future girlfriend along the way too!

Tony’s one thing of honesty has two deeper meanings. First, during his high school years, he learned that he needed to be honest about who he really was. In an attempt to “fit in” with his new culture he felt like he sacrificed a lot of what made him unique. He finally realized that he needed to be true to himself and be who he was and also be honest about the things he’s done.

This lesson of honesty has been valuable for him now that he is in college. He’s learned that it’s ok to share differing opinions, worldviews, race and religion with others. He’s learned that valuing each other requires the actions of both listening and expression of ideas. He’s discovered that it’s easier to communicate and have a deeper relationship when we all understand where others are coming from, but this does not require agreeing with the person. Tony told me with a big smile that he thinks he’s a little “weird,” but I think he’s very wise.

As you begin 2019, why not focus on one attribute or character trait you want to develop in yourself as well. Maybe some of these lessons learned and still being developed by our former Premier students will help inspire you.

Our prayer at Premier Education is that each of our students will take the things they’ve learned in high school and continue to develop them in college and then use these traits to “Transform China one family at a time.”

Galatians 6:9 And let us not grow weary of doing good, for in due season we will reap, if we do not give up.

This site uses Akismet to reduce spam. Learn how your comment data is processed.